Marty Quarters is in his seventh season as the General Manager and Head Coach for the Wisconsin Rapids Riverkings.

Coach Quarters is a native of Southfield, Michigan leads the Riverkings JR. A Hockey Club with over 25 years of coaching experience.  His proven track record in coaching, recruiting, and player promotion have spanned across teams at; NCAA D1, USHL, NAHL, JR.A, & AAA levels. The Wisconsin Rapids Riverkings 2016-2017, 2015-16 and 2014-15 seasons all found success with outstanding records of 33-10, 32-7, and last seasons 42-4 (USPHL Midwest League Champions) as well as moving 17 players to NCAA programs and advancing players to higher leagues in the BCHL, NAHL, and NOJHL. This success has helped the Riverkings move up to the Premier division in the USPHL.  Coach Quarters and his staff was selected 2016-17 USPHL Coach of the Year and the organization also won the "MVP" award from the Wisconsin Rapids Sports Commission for having a positive economic impact on the community through sports. During the 2013-14 season Coach Quarters set almost every franchise record with the Central Wisconsin Saints with 31 wins and multiple players advancing to NCAA schools.  The 2012-2013 season, Quarters was head coach for the Cheyenne Stampede of the WSHL setting a team record with 28 wins.  In 2011-2012, he was Dir. of recruiting at the prestigious Hill Academy in Toronto, Canada, and was involved in coaching Pro Hockey Development and taking a team of future NHL draft picks to Helsinki Finland.  He also is currently is the USA scout for the Penticton Vees (BCHL).  Prior to the Hill Academy, he spent 2010-2011 as Asst. Coach & Recruiting Dir. Of the Des Moines Buccaneers (USHL) & successfully moved over 14 players on to NCAA D1 programs.  Before Des Moines, Quarters was responsible for the “worst to first” turnaround of the Yellowstone Quake of Wyoming as they experienced a dramatic turnaround which included the program’s first ever league championship & the promotion of over half of the team to NCAA D1, NCAA D3, USHL, NAHL, and WHL.

Coach Quarters also brings with him success and experience as Asst. Coach/recruiting coordinator with NCAA D1 Merrimack College & Sioux City Musketeers (USHL) and helped the Musketeers become one of the top teams in the USHL during his tenure, reaching the playoffs in all 3 of his seasons with the Musketeers, including a Clark Cup Finals appearance in 2005.  Quarters recruited and helped produce over 50 players who have gone on to play NCAA Division I and nine of his players have been drafted to the NHL.

Prior to Sioux City, he served as the associate head coach and recruiting coordinator for the Cleveland Barons (NAHL) from 1998-2001.  He was the head coach for Cleveland’s Midget Major AAA team during the same time period, leading the team to two Mid-Am Championships, one Michigan National league Championship, and two National Tournament appearances.

He is married to LaDonna Quarters and they have an 22- year old son Austyn, and let's not forget about their dog, Milo.

This is Wayne's sixth year with the Riverkings. His title is Assistant Coach, but he also helps out with some of the equipment handling and just about any other small job with skills attained while working as a Millwright at Consolidated Papers in Wisconsin Rapids.
Wayne is a Wisconsin Rapids native and a US Army Veteran serving in Bamberg, Germany in 1971-72. He is married to his wife Tammi and has three children, Mindi, Jesse, and Haley, along with two granddaughters, Carly and Piper. Their son Jesse played Major Midget Hockey for the Green Bay Junior Gamblers, and Junior Hockey in Dubuque, and in the NAHL for the Kenai River Brown Bears in Alaska.
As far as hockey goes he coached Youth Hockey at the AA Level up through the Bantams here at the South Wood County Rec Center. Wayne received his level 4 coaching certification in Duluth, Minnesota.
Wayne states that he is proud to be a part of the Wisconsin Rapids Riverkings, an organization that works hard to add to the culture of Wisconsin Rapids.

This is Devin’s second year with the Riverkings as an Assistant Coach. Devin was one of the original Riverkings as he played under Marty in the inaugural 2014-2015 season.

Devin is a native of Lincoln, Nebraska where he started playing hockey at the age of three and continued all the way up until he was 18. In high school Devin played for the Lincoln Jr. Stars in the MHSHL.. After high school Devin signed with the Riverkings and went onto have a successful season which lead him back home to play for the University of Nebraska Lincoln ACHA hockey team. Due to injuries he had to cut his playing career short. While at the university Devin was studying business marketing with graphic design as his minor.

Devin is excited to start his coaching career under such an amazing staff and organization that works to continue help build hockey up and down the river.

Austyn is a Bozeman, Montana native who has spent his entire life playing hockey. Austyn played five years of juniors hockey and four of those with the Wisconsin Rapids Riverkings. He currently holds multiple team records. Austyn continued his hockey career at Robert Morris University, he then transferred to Elmhurst University to pursue his dreams as a sports attorney. He built and currently runs his own business, Rule 1 sports, where he helps young athletes advance to juniors, college and professional hockey.

Austyn is a scout for the Des Moines Buccaneers in the USHL, the Minnesota Magicians in the NAHL, and The Hill Academy Hockey Programs out of Toronto, Canada.

Dr. John Egge is a Wisconsin Rapids native. He played hockey for Lincoln High School (Mr. Hockey his SR year), Junior-A (NAHL) in Texas and went on to play and graduate from St. Olaf College with a degree in biology. John is currently employed at Wisconsin River Orthopedics as a Sports Specialist in Physical Therapy. He serves as the Riverkings Strength Coach, Team Trainer, and Team Chaplain through Hockey Ministries International. 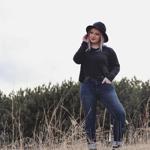